I will win this war against the mess!  Each day fighting, pressing on.  Arrgghh!  I'd rather be building something. 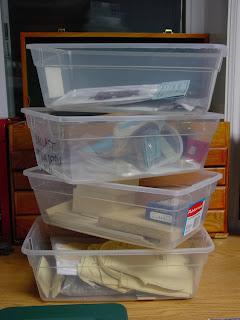 These tubs are used but are in good shape, so I took the lids up stairs and washed them.  Each of these only had a little bit of stuff in them so I consolidated and put it all in new tubs. 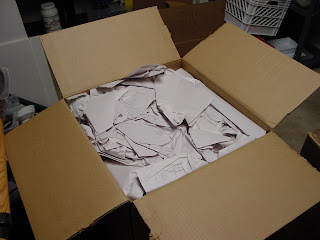 The movers wrapped everything in paper.  There is not that much stuff in the box.  They even wrapped toilet paper rolls in toilet paper.  I'll be sure to finish this one box tonight. 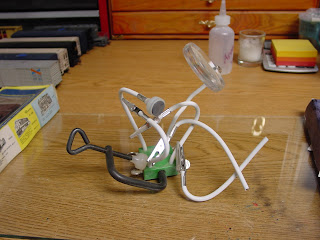 Talking about things to through out.  The octopus has to go.  I've never used it.  Think it might have been a gift, but I'm inclined to buy dumb stuff now and then.  It goes in the give away pile. 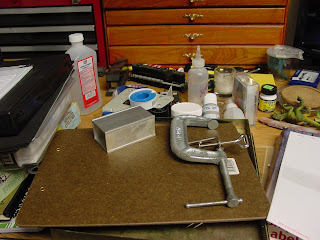 Tools!  I finally got the box with my main workbench tools.  Ok, so now I'll pile all this crap on top of my nice clean workbench.  One of the velociraptors has been found, too. 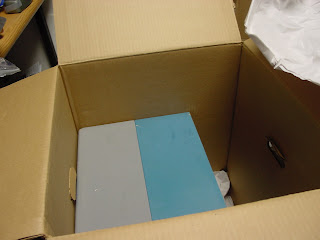 Hey!  The drawer organizers!  I think I might replace these two with new ones as they are quite old and warping a little.  Each of the drawers has had its contents wrapped in Zip Loc bags. 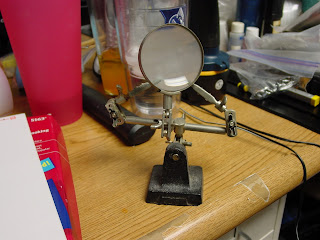 Another stupid work positioner.  This one was a hand me down from somebody.  I did keep one of the four that I'm giving away. 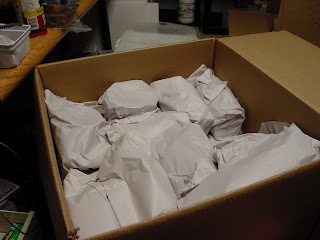 Yeah!  I finished one of the boxes and still have some time.  The police haven't caught the killer yet, but they are getting close.  If I unwrap quickly, they might slow down their investigation.  Maybe I should watch football instead. 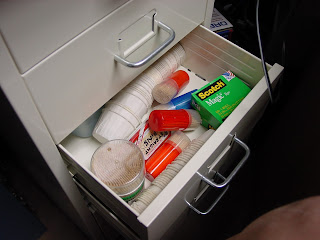 I'm starting to fill up the drawers.  Toothpicks, souffle cups and other consumables are in abundant quantity so much of it will be recycled. 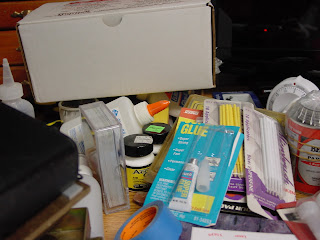 Now the desk is filling up.  The chemicals (such as glues) are coming next.  The Tenax 7R bottle leaked and there is some light damage.  The rest is in good shape.  Some duplicates here, too. 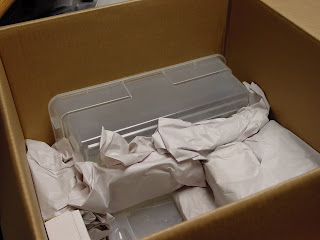 Ok, we'll stop here for the night.  More progress!  At this rate I should be done by spring.