Being friends with the owner "Iron" Mike Devaney is a great thing...until he wants to move to a bigger location. Man, I hurt all over today. 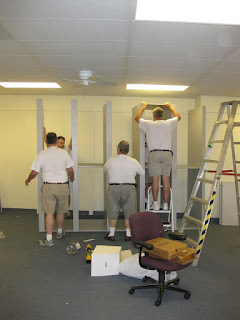 My wife, my daughter Taylor and I all pitched in to help. At 9:00 am we met at the old store. Most all of the merchandise has already gone so we're just moving store fixtures. Heavy store fixtures. Here Bob, Neil, Ken and myself start breaking down the shelves. Thanks Marie for taking these photos! 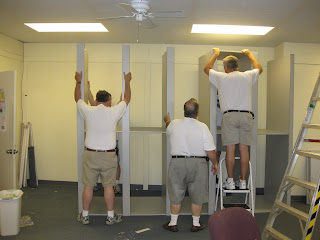 The shelves weigh a ton and the shelf unit is rickety. Wish I had brought my hard hat! 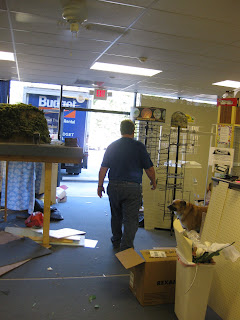 Mike is toting stuff and giving us directions. Luckily it was unusually cool for a Georgia July day. 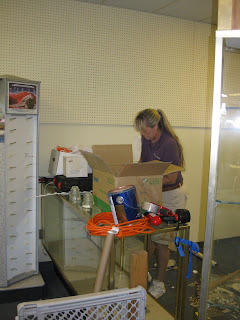 Kathy Devaney is the store manager. She was packing up cashier equipment and then spent the rest of the day coordinating efforts at the new store. 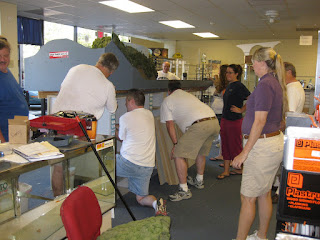 Moving the big HO layout was quite a task! It took at least eight men to get it in the truck. 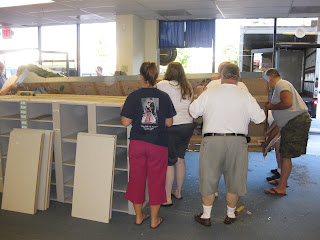 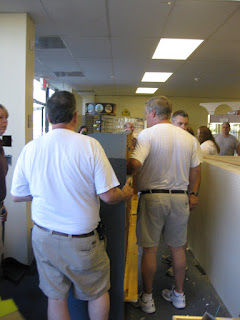 We turned the old layout on its side and carried it out by the L-girders. It was as long as the moving truck. 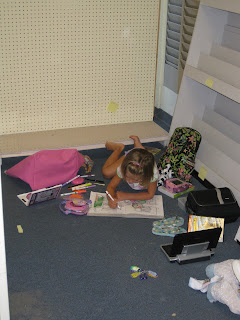 Taylor camped out in the corner and colored most of the morning. 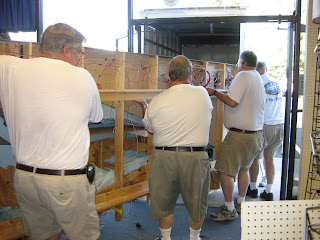 It wasn't that heavy, but it sure was long! Gently now! 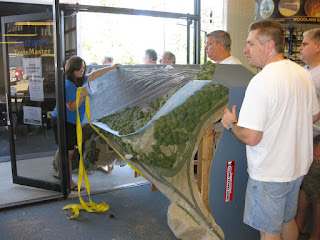 I always wanted to know where layout go to die. There is a secret burial ground in north Georgia in the back of Mike's new store. There are several layouts and modules there now. 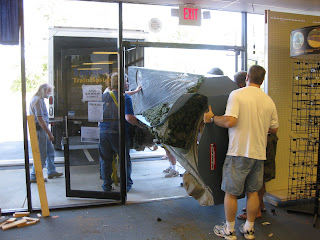 Lucky for us the store has double doors. We left a string of cotton ball trees along the route. 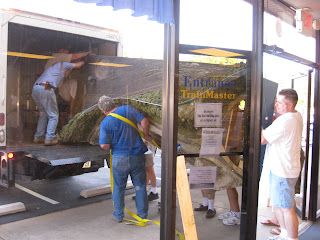 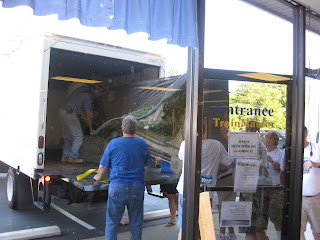 Heave ho! Heave ho! Was that a coal mind? Nevermind... 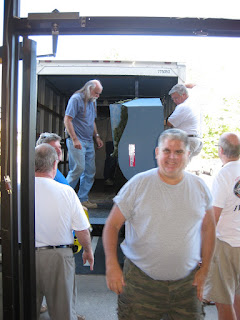 A job well done! Now for another million pounds of glass store fixtures! 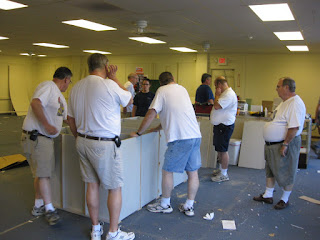 While it looked like a lot of people....it still was not enough. We were exhausted. Pound for pound this is the largest moving team in existence. Diet on Monday! 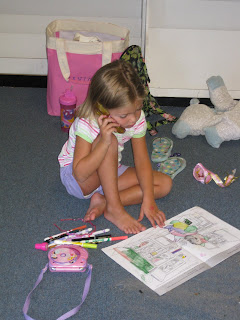 Taylor handles the phone calls. "No, we are closed this week but will reopen on August 1st!" Little did she know that Daddy accidentally cut the phone line while removing the alarm system. 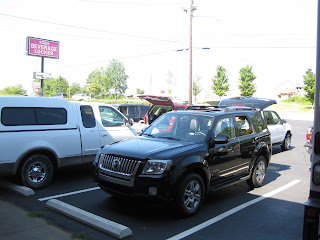 A fleet of trucks and SUV's was needed. 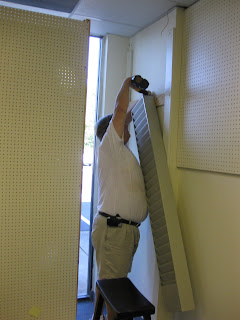 Scott strips off a magazine rack. We took everything, and didn't even leave the mice. 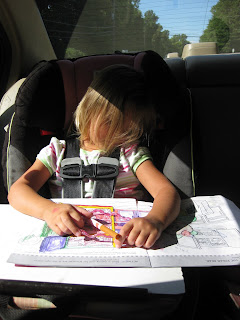 At the end of the day we were exhausted. Taylor helped put away Thomas The Tank Engine toys all afternoon. She fell asleep in the car still holding on to her crayon.

A very long day, but a lot of fun! The new store is FABULOUS! Come see it August 1st!